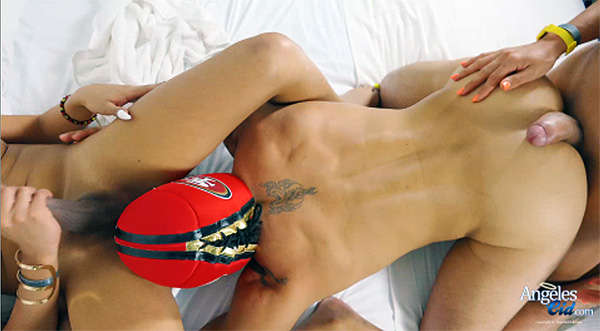 You know you want to play with both of these big cocks. But the ONLY way to do that is by being a member of my site. I do meet my fans as often as I can. So join today!

Otherwise you can surf around on this site for other samples of me and my meaty shemale cock!