So this was a shoot of Angeles modeling a bikini for this company. She was really enjoying herself and decided that she should turn this into a shoot for you her fans. So off came the top and the set went from Bikini trans outdoors to Big Trans girl tits outdoors. It’s clear you can see why we called that!

Anyhoo. Back to this amazing set of tits. As you know this is Angeles Cid and she has some amazing tits. Hence the name Big trans girl tits outdoors is the perfect and descriptive name for this photo set. She was standing on the beach and modeling this amazing bikini and it looked great. There was a small crowd of people and they were enjoying themselves. Once that top came off and those big trans tits were exposed the crowd grew really fast. Even though this beach is small and not used often there were at least 30 people standing and watching.

But these photos are just for you guys. We did not permit anyone else to take photos. So enjoy this set right now. Its only in the members area of her website. 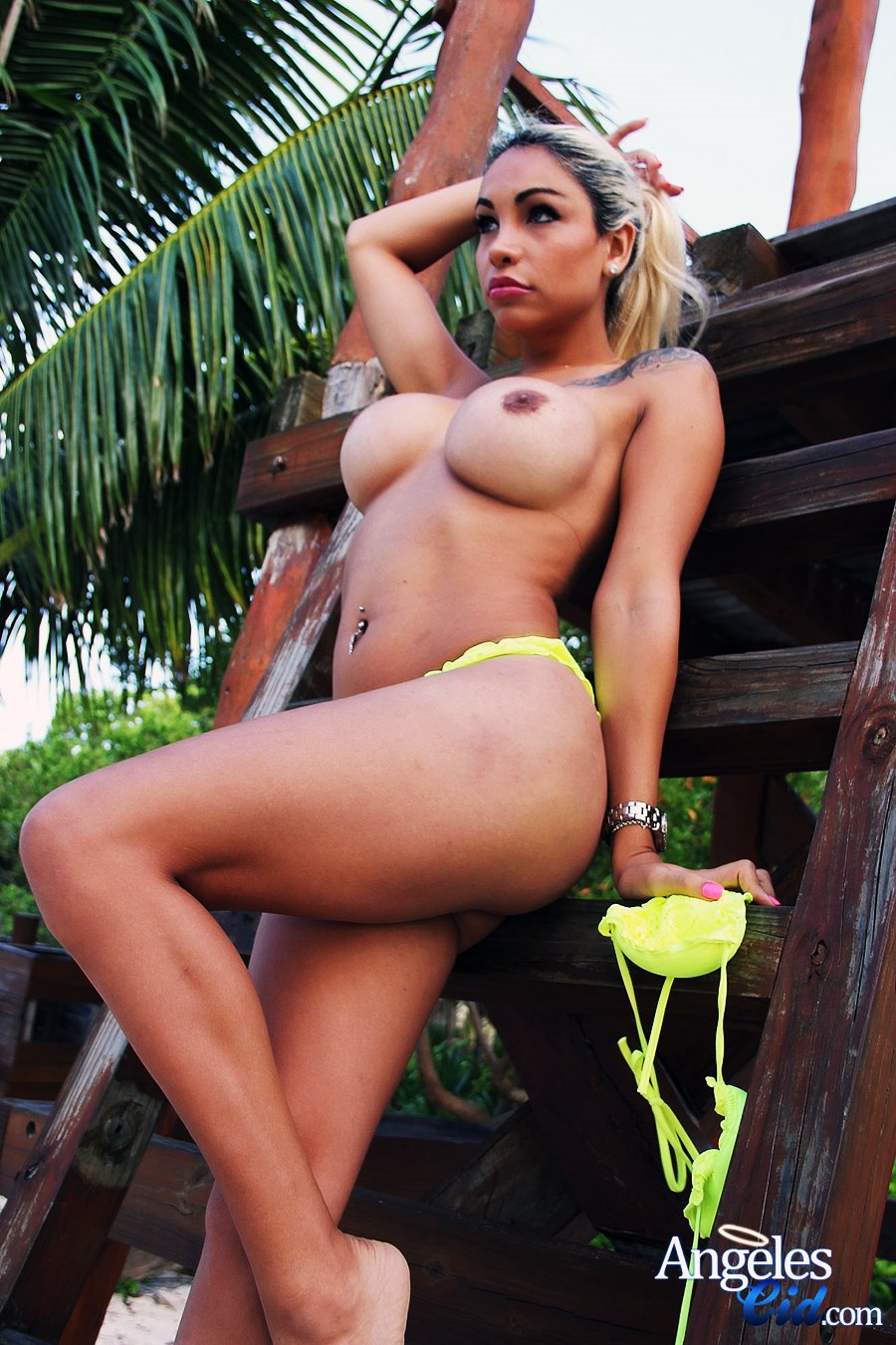 Angeles is the one girl that you can count on for boner inducing photos and movies. Click now and check it out for yourself.