Who else loves to see a trans girl bikini. Once again because we get asked all the time. There is nothing different between a trans girl bikini and a GG Bikini! They buy them in the same stores and put them on almost the say way. The only two differences are this. Trans girls have to hide their cocks in the bikini bottom. And Trans girls look better in a bikini for the most part.

As an example, take a look at Angeles Cid for our trans girl bikini sample. She has a Killer body and can make almost any bikini stand out. In fact this bikini without her body in it is not much to look at in general. However because of the size of her big tits, and the roundness and size of her ass. Well this bikini and that body just ROCK! Angeles being a platinum blonde also adds to the look.

If you have not yet seen this set of Angeles Cid then you really need to. She gets that amazing body wet and looks so hot doing it, that you will wonder how the water did not boil away. We say that because just with this one image your balls should be boiling for release. 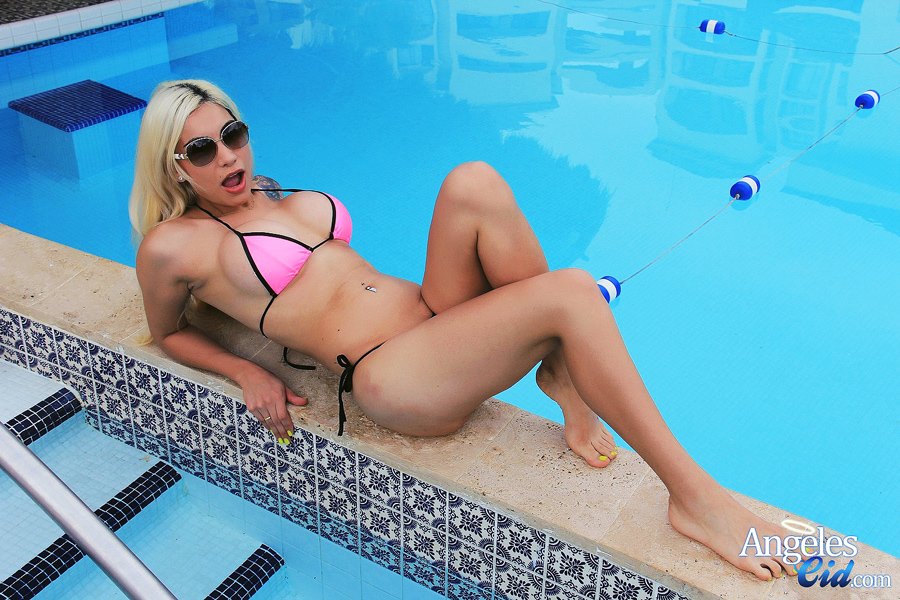 Click now to see more and see if you can figure out how Angeles hides ten inches of trans girl cock in such a small bikini bottom!