When Angeles went out that day for her walk. She did not realize that her shirt was to short to not have on a bra. It did not take long for the underboob flash to begin and guys to slow down as they passed her on the walking path. Seeing an Underboob flash tends to make most me and even some women slow down and stare. Of course Angeles being the girl she is, decided to finish her walk even if it meant having a trail of fans looking at her.

As she arrived back home she realized that sever guys had followed her home and that they were hoping to see more. So she flashed them her ass and went inside. However being inspired by the underboob flash she went to the roof of the building to get naked and let us take photos of her. And as you can see this is HOT. 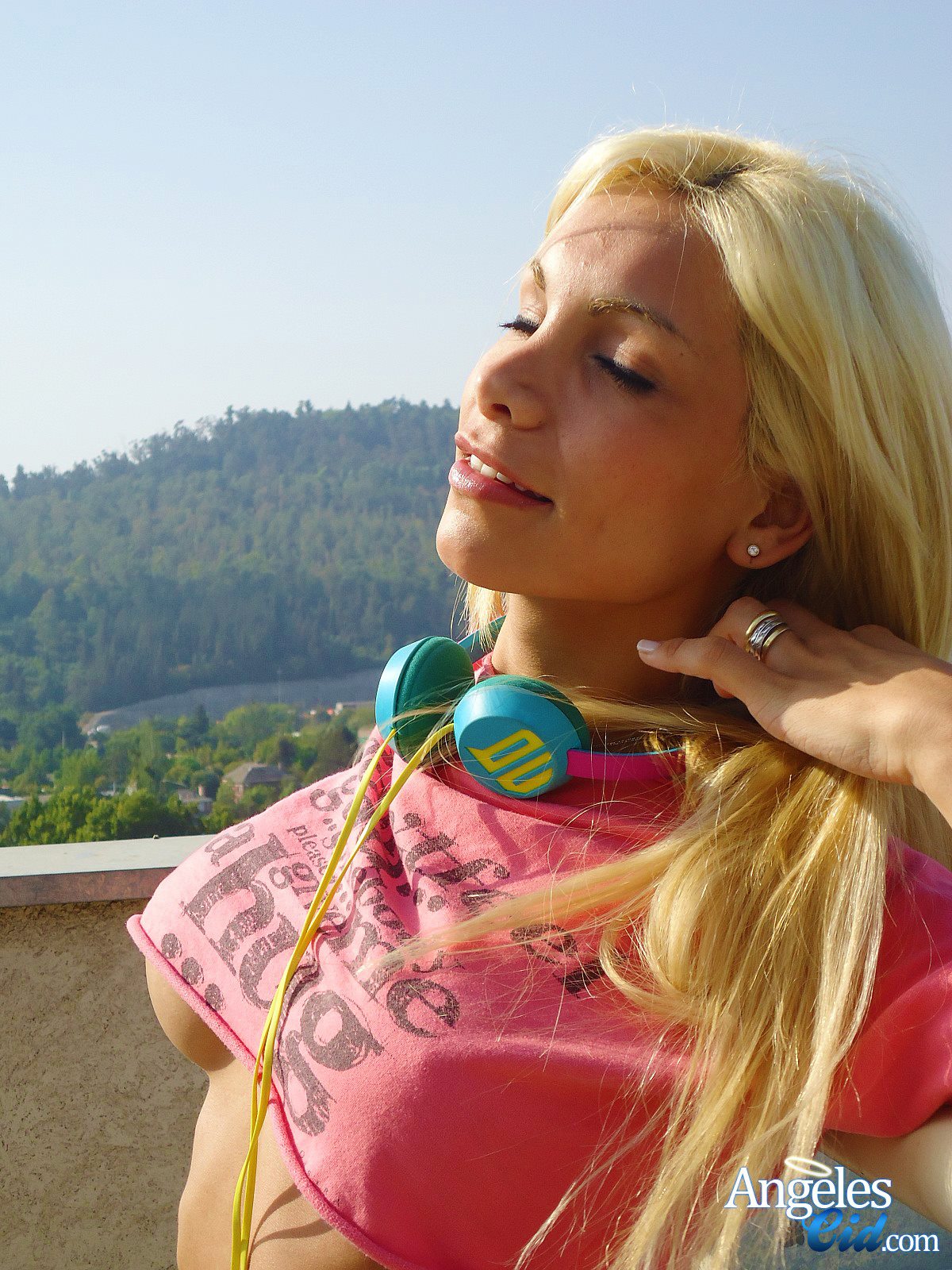 Angeles loves to dress like this. She thinks the freedom of this is hot and loves to have men and women stare at her. Drooling over her and wanting to touch her. So if you also find this hot you might want to let her know about it. She loves to hear about your fantasies.